5 countries, 5 weird foods I dare you to eat 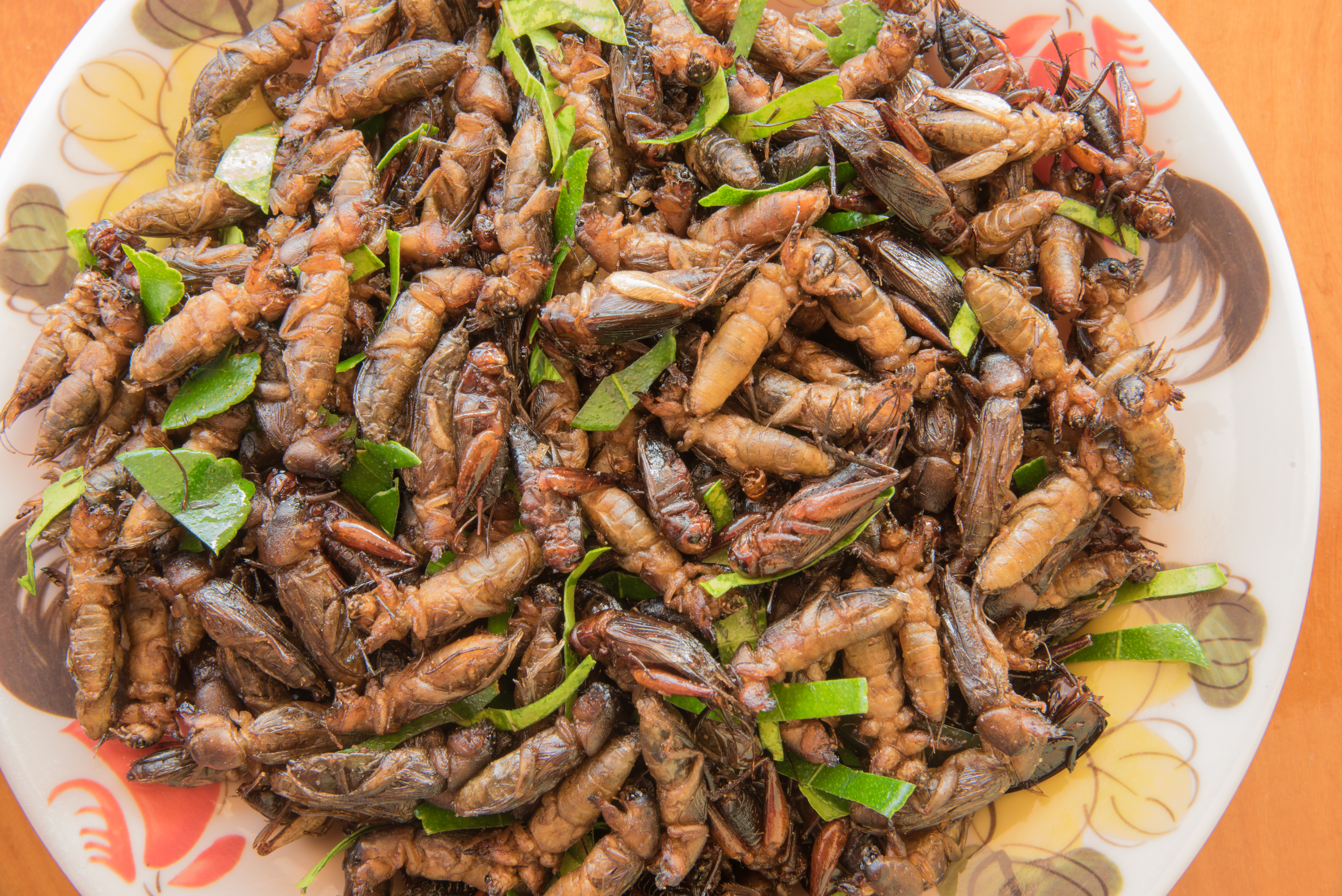 Part of the adventure of traveling is trying things that are weird and different. That also applies to food.

People around the world eat all sorts of strange things – from fried spiders in Cambodia to live octopus in Korea. Often these bizarre delicacies are a part of the culture, perhaps a tradition evolving from necessity and eating what is available. Over the years these odd foods are cooked to culinary perfection and become a fascinating part of the culture of your destination.

I’m a huge advocate of trying new and strange local foods when you travel. Okay, they might not be appealing at first but it’s all part of the adventure. Here are five foods from five different countries that you really should try if you travel there – I dare you.

(Note: I am only recommending weird foods that I have actually eaten. I’m not going to tell you to chow down on a rotten shark in Greenland if I haven’t actually done so myself. These are strange foods that have been tested by yours truly and are not as horrifying as they might sound.)

Fried or roasted Guinea Pig is a Peruvian delicacy. I ate it in Aguas Calientes, the evening before I visited the beautiful ancient ruins of Machu Picchu.

When I tell most people that I have eaten Guinea Pig (or Cuy, as it is called), they are disgusted – in our Western culture this animal is generally considered a cute pet. However, Guinea Pig has been a staple in the Peruvian Andean diet for about 5,000 years.

After all, these creatures are the ideal animal to farm in the steep Andean mountains – they are high in protein, they don’t take up very much space and they eat vegetable scraps. Plus, they are pretty tasty when slow-roasted with a bit of salt and pepper to make the skin crispy. Overall, it tastes a bit like a rabbit or dark chicken meat.

When you order Cuy be warned – it will show up on your plate whole with the ears, legs, snout and tiny feet still attached. If you can get past the horror of this, it is customary to eat the meat with your hands. Watch out, Fluffy has a lot of tiny bones so it’s best to go slowly.

You know how a handful of potato chips or salted peanuts goes down really nicely with a cold beer? In Thailand, they feel the same way about fried and salted crickets. Crickets have been part of the Thai diet for a long time, the tradition originating in the poor northeast where crops were hard to grow. Plus, crickets and grasshoppers were pests in the rice fields, so eating them was a win-win – pest control and a source of protein.

These insects are usually fried up in a wok and then seasoned with Thai pepper powder and a bit of Golden Mountain sauce. They are only around 1-2 centimeters in length and you can just pop them in your mouth and crunch the entire thing (if you are brave enough).

I ate crickets prepared by a street vendor while on a drunken night out in Bangkok. They really weren’t so bad – salty and crunchy and a bit spicy. However, if I am being honest I prefer potato chips with my beer.

Australians like to say that they are the only country in the world that eats its national animal. That’s not really true though, there are a few. Plus, I think your average Australian doesn’t eat kangaroo on a regular basis – perhaps because of the 1960s cartoon Skippy the Bush Kangaroo made everyone sentimental towards these animals.

However, Kangaroo meat can be found in the supermarkets in Australia and I dare you to try it while you are there. You can buy some and cook it yourself, or you can find it in many local restaurants. I tried it for the first time at a “Roo and Wine for $11.99” night at a pub in Melbourne. It was delicious – juicy and meaty and with a slight gamey taste, a little bit like venison or alpaca. My partner Lee even prepared some kangaroo meat in a curry… he called it “Vindaroo.” **groan**

Kangaroo meat is actually really awesome for your health and for the environment. Kangaroo produces less greenhouse gas methane than cattle and there are so many of them in Australia that they are regarded as pests – hunted by professional shooters in a strict quota system. It’s healthy, low in saturated fats, high in iron, high in protein, wonderfully lean, and deliciously tender if you cook it properly. It has been eaten for many generations by the aboriginal Australians, who would roast the tender and succulent tail in a pit of burning embers.

Great chieftain o the puddin’-race indeed. The Scots love their haggis so much that famous poet Robbie Burns wrote a much-celebrated ode to this dish. They will eat it with everything, including in toasties, on pizza, in a baked potato – but the traditional way of serving it is with neeps (mashed turnip) and tatties (mashed potatoes).

So what is it? In 2003, a study revealed that one-third of American visitors to Scotland actually thought that haggis was a real animal that could be caught. However, it’s not. (Silly Americans!)

Haggis is a sheep’s stomach that is stuffed with the minced odd, random bits of the sheep such as the lungs, liver, heart, etc. Add some onion, suet, oatmeal, salt, and spices and boil it and you’re ready to go. This makes sense historically, it’s a quick way to cook up the offal before it spoils after butchering an animal and it was a nourishing and cheap dish commonly eaten by the poor.

Although it sounds horrendous, it’s actually quite nice. Everything is all minced up, so you don’t really think about the fact that you are eating lungs or heart. It has a nutty and savory flavor and when you add some whiskey gravy it’s quite delightful. It’s a comforting meal perfect for enjoying on a rainy evening in an old pub, or as a part of a gloriously greasy full Scottish breakfast after a night of drinking.

Last but not least, we come to THE weirdest thing I have ever eaten.

My partner and I were on a tour in the Amazon jungle when our guide grabbed a coconut from a nearby tree and hacked it open with a machete. Inside there were multiple fat grubs squirming through the coconut meat. The guide pinched one between his fingers and gave it to me to eat.

“Hakuna Matata!” I said as I squeezed my eyes shut and popped the wriggling maggot into my mouth.

Guess what? These are the larvae of a beetle that lays its eggs after burrowing deep into the coconut. The grubs spend their entire life eating the coconut meat all around them – so they taste exactly like coconut.

But before you get excited, let me warn you that they aren’t like some delightful coconut candy. While the coconut flavor is nice, the texture is pretty nasty. Imagine biting down on an overripe grape and having the skin burst and the juices fill your mouth – yet knowing that those juices are maggot insides. Coconut-flavored or not, it’s a challenging snack to appreciate.

Eating grubs and larvae is no big deal to the indigenous people of the Amazon jungle. And why not? They are an important, widely available source of protein and fat. As you’ve probably learned so far, what’s considered disgusting and inedible to one culture is considered a valuable source of nutrients to another culture.

Have you tried any of these weird foods? I dare you to try these foods – or any other strange local delicacies – on your travels. It’s all part of the adventure!