5 Yoga moves to add to your daily stretching today

It’s no surprise that the practice of yoga has grown in popularity over the last couple of decades. It has several benefits like core strengthening and improved flexibility. However, yoga has several poses and positions that can get a little confusing when choosing what poses to do to achieve your goals. Whether you are just starting out, or are looking to raise the bar during your yoga, this is the post for you.

A brief history on the origin of yoga

Modern yoga as we know it is a combination of different poses and forms, evolved over centuries and modified by different practitioners. Take the first ever recorded instance of yoga, which dates as far back as the 2nd century which, although it was not clearly described as yoga, involved a sitting posture described to require a steady form and comfort. The form was assumed for meditation, not unlike what we have today. In about the 11th century, there was a description of a non-seated pose in which the practitioner balances on the hands. As the centuries passed, yoga became more evolved, and more adapted to modern cultures like ours.

Even though yoga has changed over the years, there are simple poses that have remained relatively constant through the ages, retaining their simplicity and form. 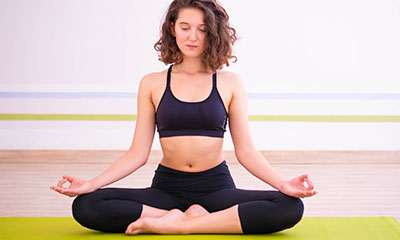 To enter the sitting position:

To perform the cow position,

To enter the child position:

To enter the bridge position:

To enter the locust position:

Incorporate these stretches and positions into your daily routine to increase strength, flexibility, and improve inner-peace. Let us know what you think!